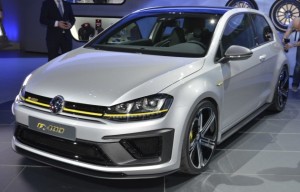 In November last year, we reported that an uber Golf, dubbed the R 400, was mooted for production. Now, as understood by CAR UK, the Volkswagen Golf R420 has been given the official production thumbs up. The good news was confirmed by none other than Volkswagen’s powertrain honcho, Dr. Heinz-Jakob Neusser. 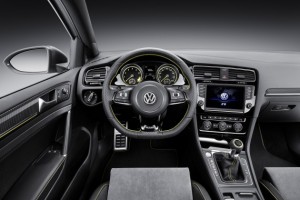 First, a bit of a recap for those not too familiar with what’s going on. Back in April 2014, Volkswagen revealed the Golf R 400 Concept which (surprise, surprise) consisted mainly of parts sourced from production vehicles, albeit with a dash of racing technology. Still, the overall product appeared as if it was ready for production, fuelling production rumours further.

So why the slight name change? According to Volkswagen, the Golf R420 will be the first production car to feature the 2.0 litre turbocharged engine from the Audi TT quattro sport concept. While exact power figures remain a mystery, the public can expect the R420 to possess more than 400 hp.